Translations are language files located in the languages/ folder. A language file is a simple text file with the .lng extension. You may open it using a text editor such as: Notepad, Vim, Emacs, Programmer's Notepad, Notepad++, Sublime Text, among others. You can also use the Language Editor, a graphical tool to open and edit existing language files.

Once a new .lng file has been put in the languages/ directory, the new translation will be detected automatically. As you'll see in this article, translating the game to other languages is a very straightforward process.

I want to help!

If you enjoy Open Surge and would like to contribute translating it to your language, send your .lng file to Alexandre - see: Contact the developers (if you're familiar with Git, do a pull request).

You need to translate the updated English language file (check the link).

We may accept your translation provided that the project hasn't been translated to your language yet. Please note that translators are asked to keep their .lng files up to date. The game is in development and new texts may be included in new versions.

If you find that a translation for your language already exists (made by someone else), but is currently incomplete or can be improved, you are welcome to send a patch as well.

Your help is greatly appreciated!

Tip: to help you test all texts during gameplay, you may open the secret debug screen. In the options screen, highlight "Stage select", press right 3 times and enter. You'll see a list displaying all level files.

Important: use UTF-8 encoding (it must be UTF-8 without BOM).

Once you open a language file, you'll see something like that:

This is the English language file. It's a list of key/value pairs, each per line. The first word of the line is the key and the text that secedes it is the value. Now, take a look at the Portuguese language file:

As you can easily notice, only the values of each key/value pair have been translated.

Each key/value pair defines a constant. In the examples above, OPTIONS_YES stands for YES (in English) or SIM (in Portuguese). You can obtain the value of a key by prefixing it with a dollar sign ($). Example: the value of the key OPTION_YES is obtained by writing $OPTION_YES.

Lines starting with // are comments. They are ignored by the game engine, but can be used to convey meaningful information to humans.

You may include special characters in your messages.

Text written inside a <color=RGB_HEX_CODE> ... </color> tag will be colored when displayed to the user. RGB_HEX_CODE is the hexadecimal RGB code of the color you want to get (for example, ff0000 is red - see Colors for more details). You don't really need to know the fancy details, but it's good to know that this feature exists.

You can also combine color tags with constants. Let's say that you have the following key/value pairs somewhere in your translation file:

This is the result:

The message displayed in the game

It's possible that the default fonts shipped with the game do not include the glyphs required to translate the game to your language. If this is the case, you will need to add a new font that include those glyphs. Article Fonts describes in detail how to add new fonts to the game and how to configure them for your translation. 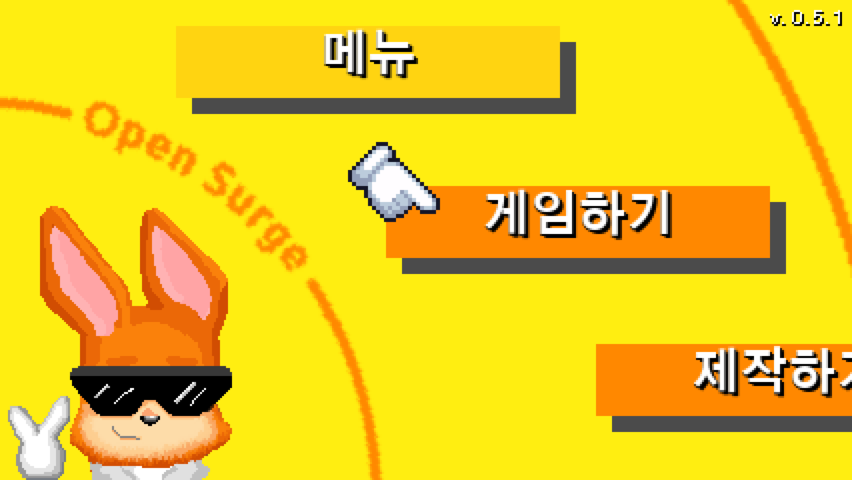 If you're creating your own game and you wish to add and/or modify translatable text to your project, you're highly encouraged to use language extensions. Language extensions are available since Open Surge version 0.6.0.

Language extensions are used to add and modify entries of language files without altering those files directly. They are .lng files located in languages/extends/ (this is a special folder). Such .lng files must have the same name as the files you intend to extend. Example: if you want to extend languages/english.lng, then you need to write your entries to langugages/extends/english.lng.

Suppose you want to extend the english.lng file (this is the default language file).