Soda Pop Zone was a scrapped level that was once part of the game's level development. It was never completed. The only thing left are concept sketches, as seen below. 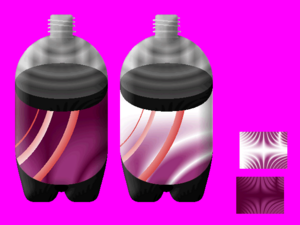 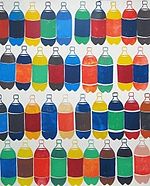 This zone is all about soda pop (white soda pop). Soda pop is everywhere: there is a soda river, some giant bottles floating around, etc. Few concept art sketches were made, but there were no actual level graphics were created (except for some soda bottles and enemies.) 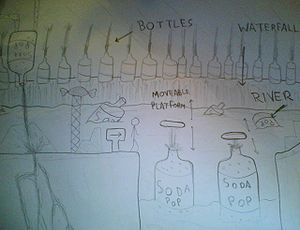 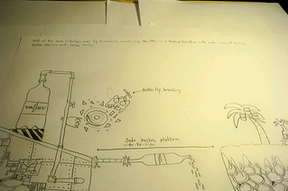 The cancellation was due to what project leader says "The idea got discarded after some brief discussion - I don't quite remember the exact reason, but some fellows thought it wouldn't be nice (we were still very attached to Open Sonic at that time). Soda Pop would be the second level (the easy water level), which eventually turned out to be Waterworks Zone (which is more like regular 'Sonic' levels)." However he would approve of the zone if it ever got further development.

Since the zone is no longer in development, no items have been made.

Regarding the Boss act, both the concept art and the ideas were created by Ramon. Click on the picture to resize it. 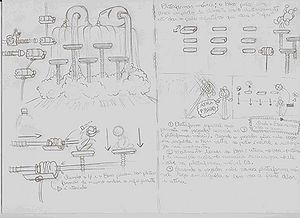